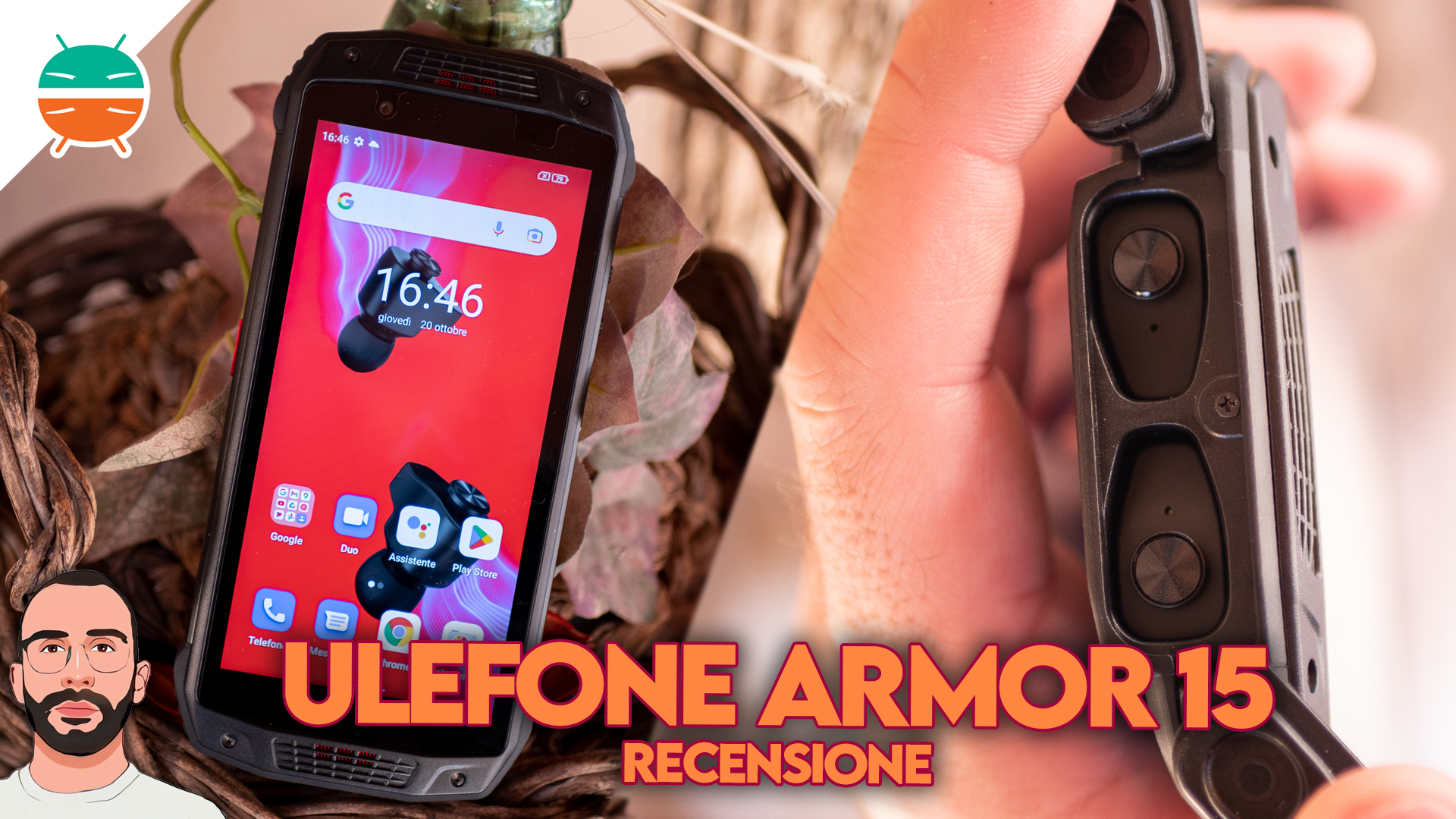 In the past two months, Ulefone has inundated me with its rugged gadgets, sending them all to me for testing so that I can recommend the product that best suits your needs: the rugged field is always very sensitive, ironically, because they are often good devices that are constructively well organized, but often They are often technically indecisive given the poor performance they can deliver.

The Ulefone Armor series has always been half an exception and a good compromise for those looking for reliable and rugged at a fair price: So, after seeing the Armor 13 and Armor 14 Pro, today comes the turn of the new Armor 15. I don’t quite understand Ulefone product numbering management, as it doesn’t seem to me That with the “increased” model number we are faced with better specifications, often even the opposite. Well, anyway today I’m talking about it Shield 15which brings with it exclusive novelty.

Obviously, we open the dances with dimensions, they are some of the smallest in recent times:Ulefone Armor 15indeed it is 79.6 mm wide, 170 mm high and 18 mm thickwhile weighing about 350 grams. I told you that it is one of the most comfortable and easy to handle products because it has a narrow and long form factor which is not unusual in this type of product, but I found it comfortable above all in terms of weight which remains important.

As usual, around the four corners, the company has inserted rubber shock absorbers to reduce damage in case of impact, while the back cover is an alternative Carbon fiber finish And the electric blue that characterizes most of the back cover. The design certainly does not go unnoticed, but in fact it is practical for being rugged since all the most sensitive parts are protected: the cameras are moved back a few millimeters to avoid breaking the protective glass while the screen is safe thanks to the two small steps in the integrated front speakers.

And yes, I spoke in the plural because Stereo speakers They are integrated on the front, one at the top and one at the bottom below the screen among other things with sound quality above my expectations.

It’s undoubtedly an interesting thing, but I still think we need to apply ourselves more to the hardware front of these smartphones, rather than to incorporate innovations that are practically useless. For the record, though, I’m telling you these are decent quality earbuds, automatically connecting to the smartphone with a small Airpods-style pop-up and recharging inside the smartphone when we put them back in place. On the other hand, I can tell you that I didn’t find them very comfortable Due to its not very comfortable shape but on the other hand it is rather light to wear.

I almost forgot all the certifications it’s equipped with, but as rugged as it is, maybe it’s now taken for granted: Ulefone Armor 15, however, has a certification IP68And the IP69K And the Mil-STD 810G.

The screen is one of those things that always leave me confused about these smartphones, and if you remember, I also told you in my little brother review, Shield 14. However, the Armor 15 comes with a slightly smaller screen than usual, which isn’t a bad thing: 5.45 inches with HD+ resolution and a panel with, unfortunately, an IPS TFT matrix.

Unfortunately, there’s not much to expect from a screen like this: it performs well in everyday contexts, color calibration is a bit cold with whites skewed slightly towards blue (without the possibility of radical interference with calibration) and viewing angles are what they are. Screen is enough for a rugged car, but not much more than that.

However, from a technical point of view, the company used the same hardware as the Armor 14 without any difference: it is no coincidence that the SoC has always been Mediatek Helio G35one graphics processing unit powerver GE8320 and ram up i 6GB type LPDDR4X. However, the available storage equals 128 GB and there is the ability to expand via microSD up to 1 TB.

Let’s assume that if it weren’t for the CPU, everything else might have what it takes to do a good job: unfortunately, the Helio G35 is a processor that has been used since its inception Entry level domain He now feels the weight of his two years of service. In daily use, the smartphone is not very fast, and you will need a little bit of patience to perform all the operations, especially if you are coming from a faster and more performing smartphone.

This is a smartphone that works in everyday life, does not clutter, but you must realize that you are carrying a device that is intended to resist shocks, falls and abuse, and not a product capable of guaranteeing speed and immediacy in your operations. There are some lags here and there in the perfectly acceptable interface, it’s a bit slow to handle multitasking and it tends to freeze background apps a lot.

Closes the hardware circuit The presence of NFC for payments, and the biometric sensor located in the power button which is quite responsive and works well; The company has also included the 2D type of face version whose reliability is, as always, relative.

which operating system Ulefone Armor 15 It is Android version 12 with security patches updated to May 5, 2022: I have repeatedly told you my thoughts on the software of these secondary brands, so there are no expectations in terms of updates or changes to the software. In addition, Widevine L1 certifications are absent, so you will not be able to enjoy the maximum quality of your content on Netflix, Disney, etc.

The graphical interface is modified in a fairly soft way without major customizations by the manufacturer; At the application level, we find the usual tool bag attached to the lamp, level and other pseudo-working tools.

there Photographic equipment Perhaps the most interesting point about this product, and I admit it was a big surprise: the primary lens is the same 12 megapixels Produced by Sony, specifically the IMX363 with an f / 1.8 lens. With amazement, I also found a 13MP wide-angle lens with Samsung S5K3M3 sensor and f / 2.4 aperture.

I’ve told you I’m generally amazed that rugged materials haven’t always had good photographic performance, and while there’s been some flash of growth on some products lately, the average quality is still pretty low. Photographic results obtained with this Ulefone Armor 15 They are generally good.

Color calibration maybe a bit the coldbut once this aspect is removed, with the primary camera, results beyond sufficiency are obtained in most contexts, even with the flash providing uniform illumination and not a “shot”.

The wide angle produces images that have the same definition as a prime lens (absurdly, but it’s the first time I’ve seen an ultra wide angle lens with more megapixels than a prime lens) but with some other issues with managing lights: due to the lower focal aperture, less light gets in, Thus we get better shots during the day with plenty of light, and just indoors with little light.

The front sensor is Sony IMX481 16 megapixels And it makes for just-acceptable selfies: you need a very steady hand and one that’s well lit, or the end result won’t suffice. The videoHowever, logged in 1080p 30fps, Here too, with acceptable quality, but not the best.

Also on the battery front, it seems that the manufacturer had to make some sacrifices: perhaps to find space to store the Ulefone earphones, it had to deal with something “excessive” and certainly the battery was one of these. While we usually come across units that exceed 8,000 mAh, as also happened with the previous model that had a 10,000 mAh battery, the Ulefone Armor 15 has a battery in itself. 6600 mAh.

Obviously all this does not mean that in the middle of the day you will have to resort to a power outlet because the smartphone is already loaded, but to lower the expectations that one usually has on this type of product. With that battery, though, you get past 10 hours of active screen without issues of any kind, but don’t think about doing more than a day and a half of use. This model also loses the wireless charging that the Armor 14 had, but on the other hand it recharges very quickly 18W power supply Included in the package-

If I have to be honest, this is it Ulefone Armor 15 It is the rugged Ulefone that I have liked the least in recent months: in terms of durability and construction, it is certainly not the most resistant that the company has built in the last period, above all because the electric blue finishes would then finish poorly. Some big falls.

In addition, the hardware is not that great and perhaps the only really compelling aspect is the photographic one. If I had to give you some advice, the Ulefone Armor 14 Pro is currently among the best in the rugged field so if you are looking for a sturdy and durable smartphone, don’t think too much about it. However, the price of this Armor 15 is holding steady About 260 euros What’s more, this figure is the younger brother I recommend, and your eyes are closed.

Note: If you do not see the box with the code or the purchase link, we recommend that you disable AdBlock. 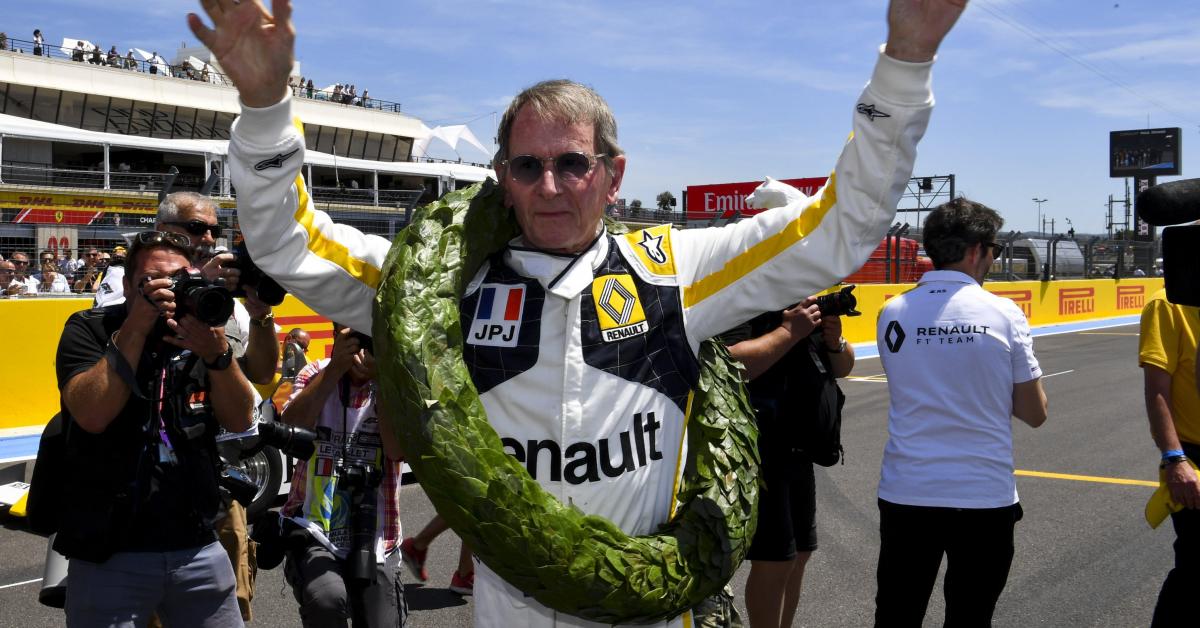